Addison Community Television has been providing local public access programming to residents since 1982, and is one of only a few public access stations in the Chicagoland area to provide 24-hour a day, 7-days a week programming on Channel 6. Addiscene, the local news magazine, provides previews and coverage of events throughout the community.

Addison Park District was recently awarded an OSLAD grant providing funds for a multi-phase Community Park Redevelopment Plan. Construction began September 30 with the removal and replacement of ball field lighting, fencing and bleachers. Additional field amenities include the installation of a new drainage system to allow fields to be playable earlier in the season. Phase I of the redevelopment plan was completed in 2014.

…Construction will commence again in Spring 2014…

Week of Nov. 25:
This is the final week of “earth moving” until Spring. Landscape planting scheduled to be completed this week. Electrical work may continue throughout the Winter.

Week of Nov. 18:
Weather has been a factor this week and contractors were not able to make much progress with grading. However, the concrete work around the Senior Center patio has been completed and landscaping has begun. 90% of the fencing has been completed. The new tot playground has been assembled and installed, including the play surface.

Mulch for the new playground will be delivered this week.

Week of Oct. 28:
Rough grading for Field #2 is done. Work on Field #1 continues.
Fencing for both ball fields, including backstop and side fencing has been 95% completed.
Concrete for the Senior patio is being framed and will be poured the following day for all play areas and sidewalks.
The sprinkler company will verify site layout this week in order to begin their work next week.

Week of Oct. 21:
Site grading continues on both ball fields. Field #2 has had the most grading completed in the last three weeks. Rough grading to this field should be completed by the end of the week.
Fencing installation for both fields will also be completed by the end of the week. Presently, the side fencing has been installed and work has started on the backstop and dugouts.
Also this week, the concrete curb will be formed in preparation for the concrete to be poured next week.

Week of Oct. 7:
New sewer lines have been completely installed
Field #2 is being graded this week 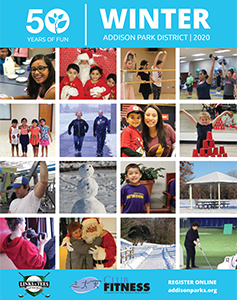 Locate a park or facility